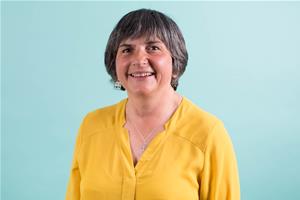 Sue James lives with her husband in Carnyorth along with springer spaniel, sheep and chickens. She has two grown up daughters the oldest living in Bristol and the youngest working as a nurse at Treliske.

Sue has a professional background having worked for more than 20 years supervising offenders. She has also worked locally, as a Driving Instructor and more recently an investigator helping local public sector organisations improve and learn from errors. This work included completing Serious Case Reviews for Childrens’ Services and the Multi-Agency Public Protection Board.

Leading up to the 2021 Council elections, Sue decided not to re-stand for Cornwall Council as she was a carer for her dad, living with dementia and his needs were increasing. She stood for St Just Town Council as was elected unopposed and became Mayor, for the 2nd time.

Click here to be among the first to know what’s happening in our area.